We went back in December to see how the construction zone was going, and the bridge had been put up!  Maybe our biking trail will reopen soon, we’re anxious to have it back!

Also, the microwave was still there!!

This is the view from above.

I was shocked when I realized how many trees had been cut down and how much this area had changed.

In contrast, this is the same exact place two years earlier. 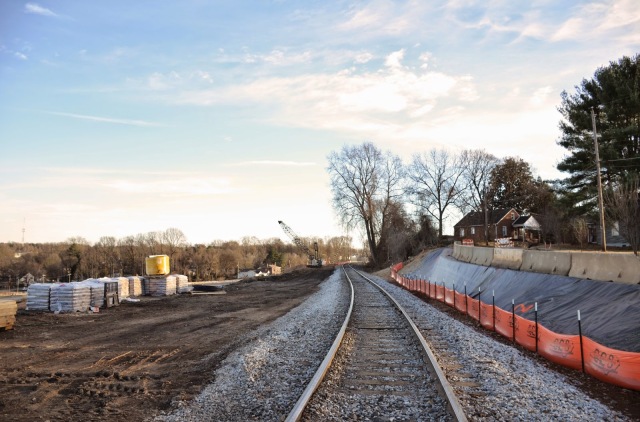 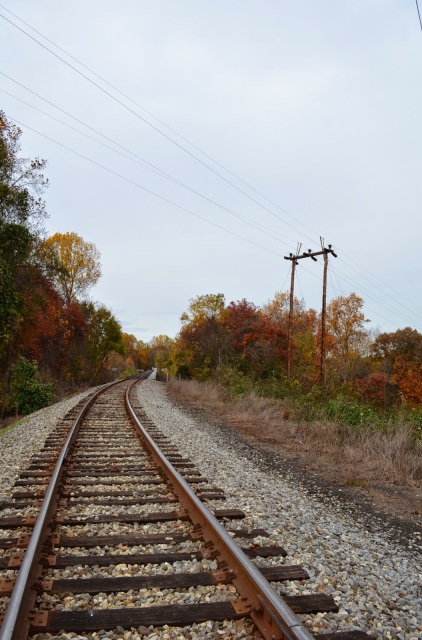 And this is from the other direction, before and after,

They’re putting this new road in to help with the terrible traffic that builds up every day on the interstate and to give access to the newly renovated tobacco lofts.  They are putting in a diverging diamond interchange , which was apparently one of the best innovations of 2009.. So I guess that’s exciting.
It’s sad to see this pretty wooded area be torn down, but, that’s what happens in a growing city.  I couldn’t be more glad that we decided to go exploring this day; we had no idea that two years later all that stuff would be gone. This definitely motivates me to take more random shots of the city, because you never know when it might change. 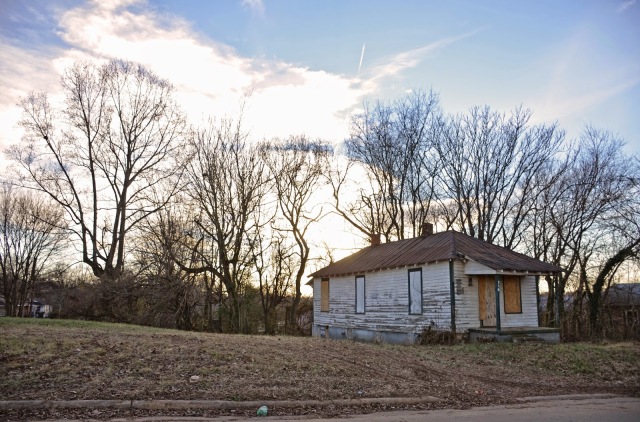 Surprisingly enough though, the little shack that we snuck into was still standing!