One of our favorite Saturday activities is to go thrifting/antiquing. There’s a couple good thrift stores in my area, but there are waay more antique stores and lately we have been visiting them regularly and finding some really great stuff. For years I’d always assumed that everything in antique stores was expensive and I never really thought to add any to our thrifting list. Boy was I wrong!

This is our haul from our latest antiquing trip 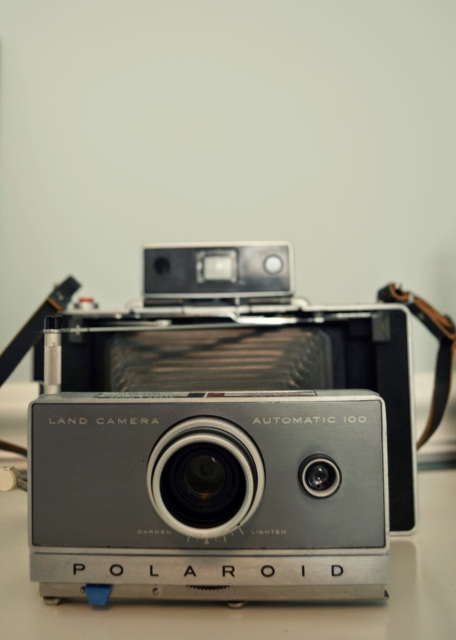 I seem to be the land camera queen lately,  I have been finding them everywhere! The first shop we went in was owned by santa claus type character, and he asked what we were looking for. I’m usually awkward and just mumble something and dart away to avoid conversations, but Steven told him I was interested in cameras. He got a huge smile on his face and said “Well you’re gonna looovvveee me!”  And brought me over to a shelf overflowing with old cameras, many of which were land cameras!  I actually didn’t buy any cameras from him though, even though I kind of wanted to. The land cameras were pretty old and nothing had price tags. I hate asking prices because I don’t want to feel pressured to buy something, plus it would involve talking to someone (Oh the horror!!)
This land camera came from one of the next shops we went into. I couldn’t believe it; it was the exact model I was thinking of buying refurbished online for 200$. It’s the first model to use packfilm which is still made brand new! Once again it had no price tag, but Steven asked the lady who owned the shop, who has a very strong personality and I can never quite figure out if she’s mad at us or that’s just how she acts. She responded with “Oh you want my camera? Well it’s 20 bucks!” and then walked away. I held in a squeal and knew it was mine!! We also bought an aluminum butter dish from her that she was asking like 8 bucks for. Steven talked her down to 5 and she reluctantly agreed . She seemed to think the butter dish was more special than the camera and told us we were getting it for a steal! 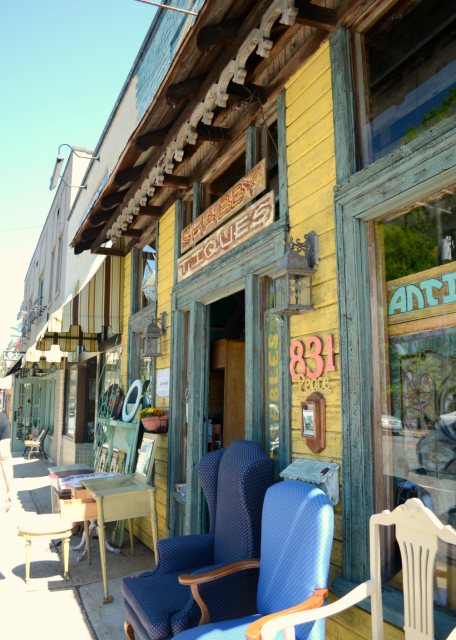 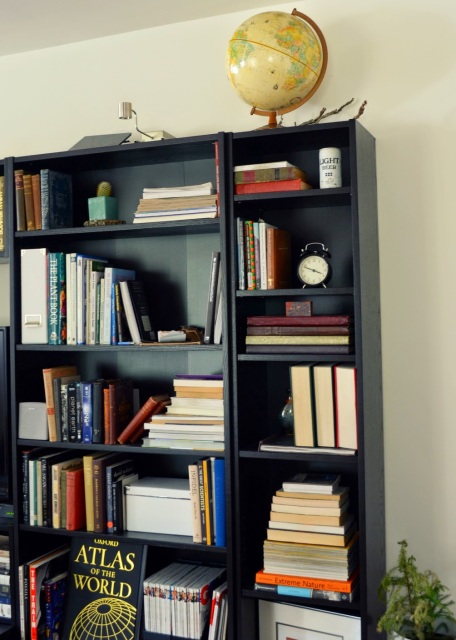 We got this globe from my absolute favorite antique store! We saw it there months ago but didn’t buy it. Steven had been thinking about it ever since so we went back to see if it was still there. We didn’t see it and asked the owner and he said he was pretty sure he sold it. After we left he came chasing us down the street and said he had found the globe!

I sneakily took some photos of the place, and didn’t even realize until just now that I had taken a picture of the globe we were looking for! This place is FILLED with books! He also has a nice collection of bonsai pots and cameras, so I could spend hours in his shop. I saw a land camera here too, but once again no price tag and since I had just bought one I figured I should calm down with the camera buying. Haha.
Something I’d like to do is take more pictures of antique stores. When I was little my parents went to antique stores all the time and would spend what felt like days in there. It didn’t bother me too much though, I have always loved the kind of eerie feeling they have and love to get lost wandering through the rows of forgotten memories.

Well, I certainly never imagined I would have this much to say about this post! I just couldn’t resist sharing all the interactions we had that day.