A Walk Among the Dunes 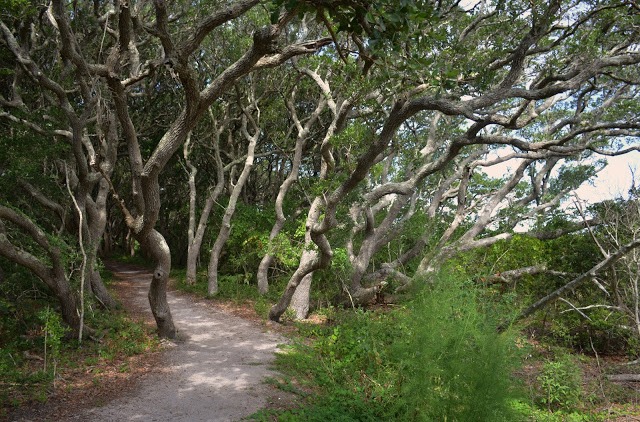 On our beach trip we saw a sign for a 3 mile nature walk that we had never been on in our six years of coming here, so we decided it was time to check it out. 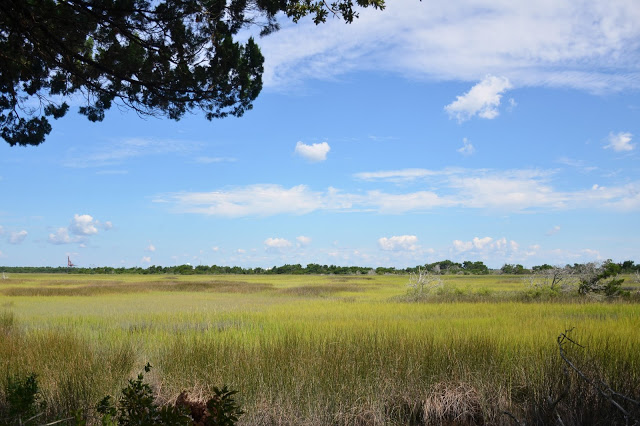 I brought bug spray with me, because on past trips we have been attacked by swarms of all kinds of biting bugs that live in the marshes of the sound side. But for some reason, I thought it would be a fantastic idea to leave it in the car, and come back for it if we needed it.. (What was I thinking?!)
Sure enough, after about a mile in, we started getting attacked by bugs, and the bug spray was far behind us. We contemplated turning around, but we were almost halfway, so we continued on with a bit of a sprint, in hopes that the bugs wouldn’t catch us. 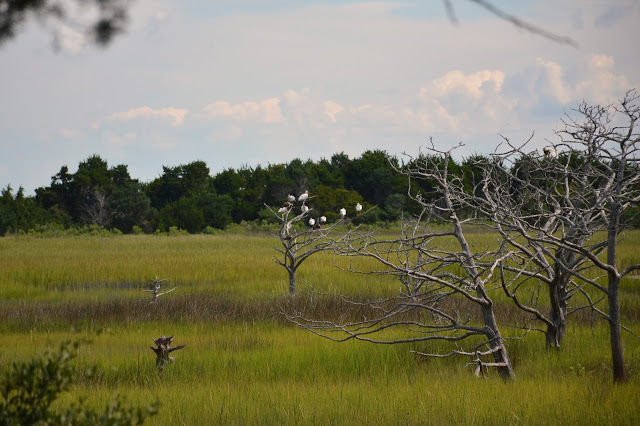 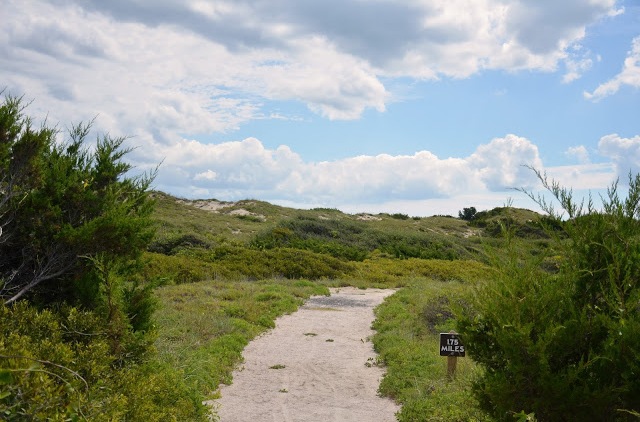 After sustaining a fair amount of bug bites, we crossed a road and found ourselves among the sand dunes, close to the ocean. No bugs here! 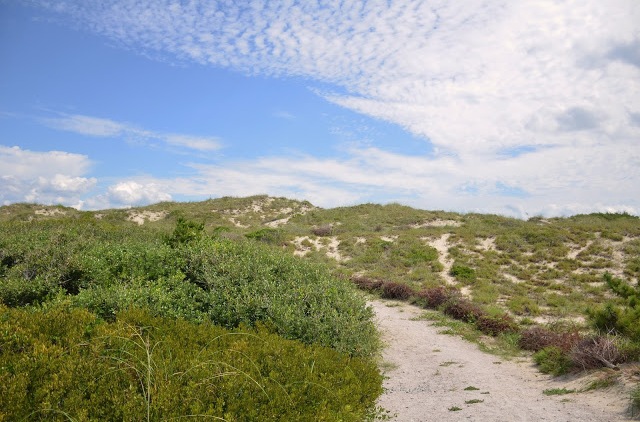 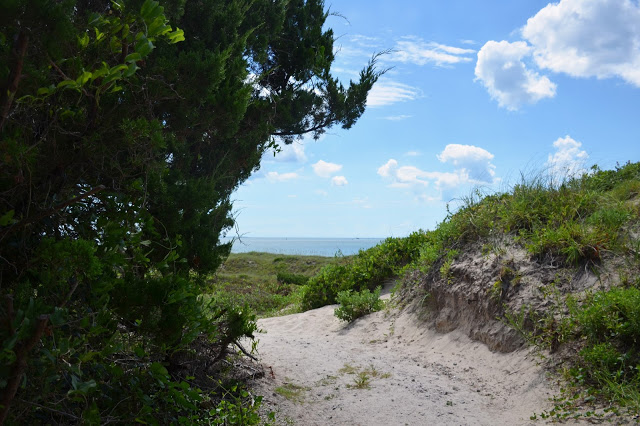 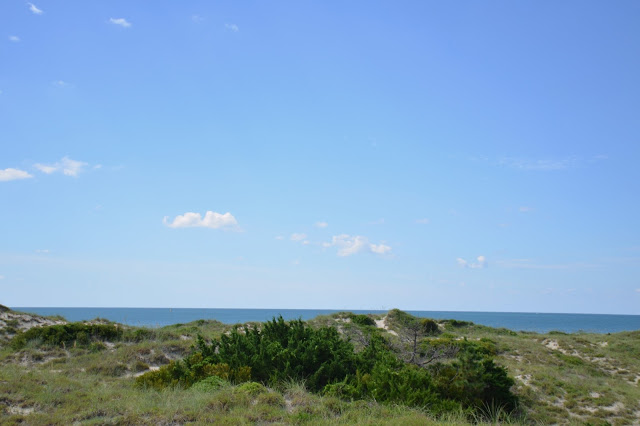 As the brilliant blue, late summer sky hung above us, we caught a glimpse of the ocean on just the other side of the dunes. The bug bites all of a sudden seemed worth it. 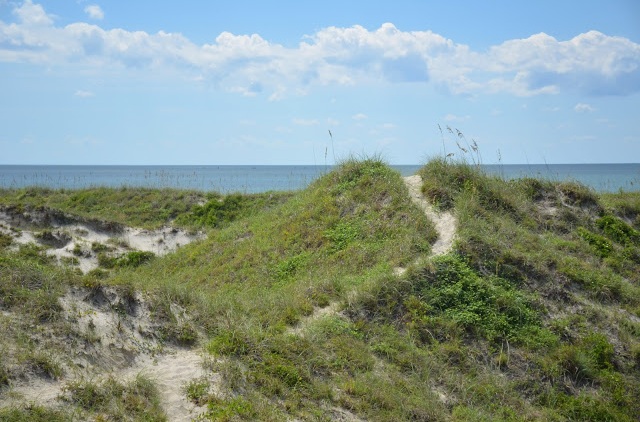 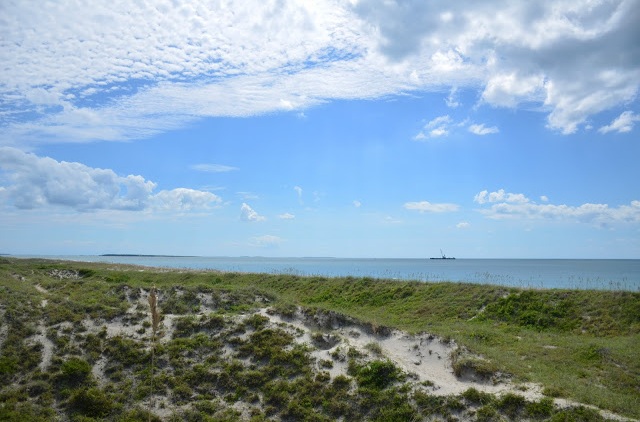 We could see the ships coming and going from the port as we climbed along the sandy ridges. 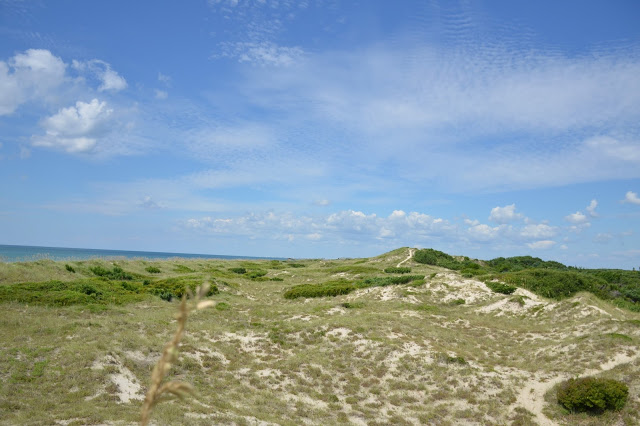 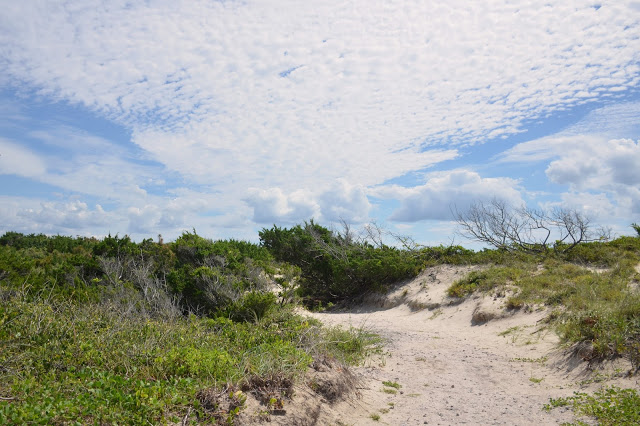 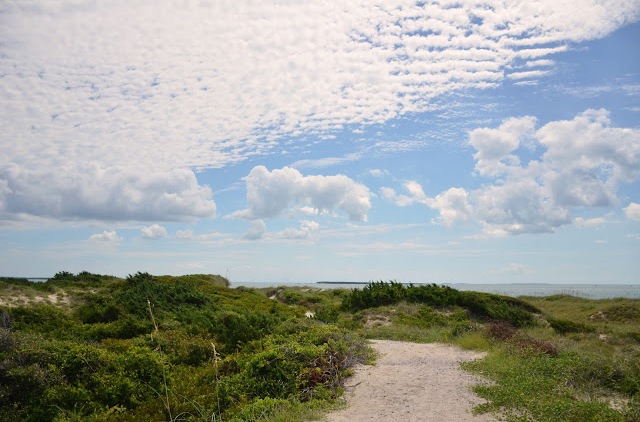 It was a lovely hike, but it was midday in the middle of august, so there came a point where I wondered if I would ever survive the heat.
I ended up making it back, but just barely! It was definitely an adventure!

0 thoughts on “A Walk Among the Dunes”